Folding Electric Bikes
What Type of Road Sweeper Should You Buy?
Most Essential Tools For Web Developers
Mega Wheel – How to Win Big at Online Casinos
How to Choose a Camera Monitor? 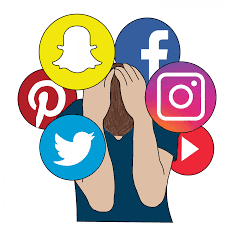 Much like technology, social media can also have pros and cons. There is no doubt that different social media platforms such as Facebook, Instagram, Twitter, and Snapchat can be lifesavers for those who feel marginalized or isolated. These groups can include teenagers who have mental health issues or LGBTQ teens. Also, some researchers have discovered a number of positive effects of social media on friendships. However, excess of social media among young adults can certainly cause some issues. These may include negative body image, cyberbullying, and social media addiction. Moreover, it will cause one to spend less time doing real-world activities.

How It Affects Teenagers

One of the most debatable questions when it comes to teens’ use of technology is whether it causes them depression and anxiety. There are experts who believe that frequent use of social media can shift the nervous system into flight or fight mode. This then results in making disorders such as teen depression, ADHD, and oppositional defiant disorder.

There are some studies that were conducted to find out if the excessive use of social media by teenagers has some connection to their mental health. And the result was positive! According to a 2018 study, it was revealed that young adults of 14-17 years who used social media 7 hours a day were diagnosed with depression or developed a mental health problem.

Technology Use Is to Blame for Teen Depression

Additional surveys reveal that suicide rates and depressive symptoms among US adolescents increased between 2010 and 2015. Researchers found out that this happened not just due to the frequent use of social media but also because of the increase in overall screen use. Moreover, these surveys showed that those who spent a lot of time on social media had more mental health problems as compared to teens who spent time in non-screen activities.

A CNN study also shared that 13-year olds who check different networking sites such as Facebook 50-100 times a day are 35% more distressed than those who did not check as much. Whereas teenagers who got on such sites over 100 times were reported to be 47% more distressed.

However, new studies are conducted on the matter and the results were a bit different. You can not put the entire blame on technology as one research disclosed that social media use did not develop depressive symptoms in young adults. Instead, these symptoms triggered more social media use. Therefore, this subject is not as simple as one thinks it is.

Social media lets everyone connect with each other. Although it is a good thing, not many people realize that this may cause depression through social comparison. Teenagers tend to observe the lives of their peers by viewing their photos. This will lead to constant comparison which may damage one’s self-esteem or body image. It can let one experience lower self-evaluation when they see what their peers are doing on Facebook and other such sites.

Its Effect on Friendships

Connecting with friends and peers on social media such as Facebook brings both positive and negative results. The positive is that teenagers can stay in the know what their peers and friends are up to or what new is going on in their lives. It also helps them to stay connected at all times. If a person ever needs to communicate with their friend, all they need to do is drop a message and they will receive a response instantly. Whereas negative could be that some teenagers can become a target of cyberbullying or they might get depressed due to social comparison.

There are both positives and negatives of facebook. However, teenagers should try not to spend too much time on it. Otherwise, there is a possibility that they might develop some depressive symptoms. Also, parents should keep a strict check on them. They should ensure that their children use as little social media as possible so they may focus on other healthy activities. I as a parent don’t allow my teenage son to use the basic Spectrum wifi plans without my permission. Plus, he is only allowed to use the network for a couple of hours every day. You can too make a schedule for your kids to follow. This will help them develop productive habits.